Previously Project Haiku focused on a wearable that would connect 12-15 year old girls with the people they loved. At the same time, the Smart Displays project was exploring the space of human connection, arriving at a product opportunity for a stationary object that connects family members who live apart from one another.

Because these two projects overlapped in a similar space, we’ve decided to merge our efforts under the Project Haiku name. So, Project Haiku is transitioning from a wearable to a stationary object that resides inside the home, and we’re using the Smart Display work as the jumping point for this pivot.

We’re currently running an experiment to test our major assumptions:

In order to quickly learn and validate our assumptions, we created a lo-fi prototype to test with 10 pairs of grandparents and grandchildren. The team met in Mountain View to build the prototypes using existing smartphones and 3D printed enclosures. You can see some of this process documented in photos at the end of this post.

We’ll be posting the results of our experiment in a few weeks. Meanwhile check out the Project Haiku wiki for more information on our project, or email your comments to the team <project-haiku-team@mozilla.com>.

This post was written by Joe Cheng and Elizabeth Hunt. 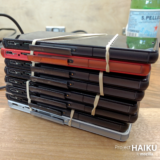 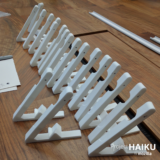 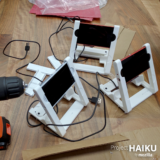 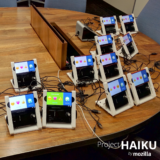 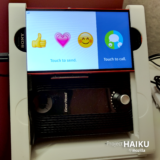